During the days of 4th – 6th March 2017, the international sled dog race titled “Ledová jizda” (translated as ice journey) took place for the 25th year and we were present at this event.

30 teams took part in the race and each consisted of 8 – 10 dogs, one musher + one cross country skier. Not just the large teams participating but also the night start, where all participants start together, make the race interesting for the watching supporters and also make the race special.

The competitors covered a total of 150km, in three stages, all carrying full equipment that weighed up to 80kg. During the specific stages, the competitors camped out in the wild and so were dependent on their own means.

The whole race was monitored by ONI system GPS units that were placed into the sled of each team. Not just the organizers but also the supporters could watch the sled dog race online on both the web application and also on the NAM tracker mobile application. In this way, the supporters could see in advance when teams were passing through and therefore they knew when/where they should go to support their favourite team. GPS monitoring units were also placed on the snow scooters of the organizers which proved important when for example it was necessary to resolve problems with injured sled dogs.

The winners of this extreme race were musher Jiří Vondrák with cross country skier David Chaloupský and their dog sled team made up of 10 Alaskan huskies. They covered the “ice journey” in an excellent time of 8:15:51. We congratulate them on their success and look forward to seeing them again next time.

You can find out more information about the race here – web a facebook Ledová jízda-memoriál Dr. Václava Vojtěcha 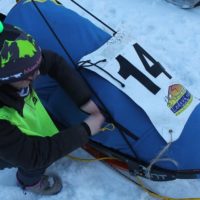 An ONI system GPS unit is placed into the sled 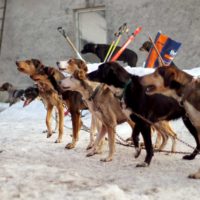 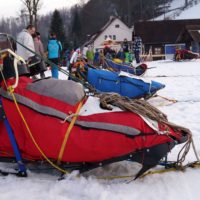 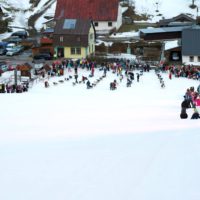 The race start - all competitors together 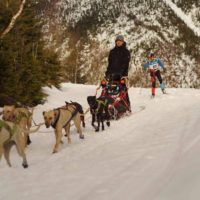 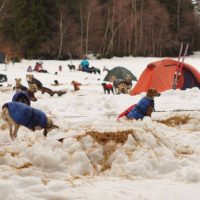 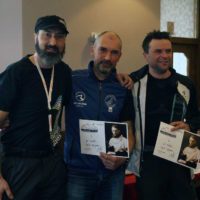 Here you can see and hear that the dogs could no longer wait to start the race.